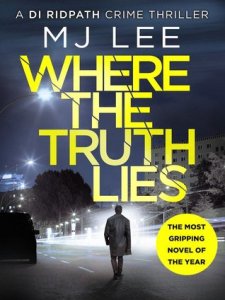 I am really pleased to be the latest stop on the blog tour for the new book from M J Lee, Where the Truth Lies. This is the first of a brand  new series, set in Manchester and was published on 22nd October.

DI Thomas Ridpath, back at work after a life-threatening illness, finds himself seconded to the coroner’s office and is immediately thrown into a case that has echoes of something familiar. Ten years after being the officer to arrest the serial killer known as ‘The Beast of Manchester’, another body has been found bearing the hallmarks of the notorious murderer. The only problem is that he is still in prison. Is this a copycat or has an innocent man been wrongly convicted? When a body from the original case goes missing and paperwork appears to have been destroyed, Ridpath must try to overcome the conspiracy of silence before more women are found dead.

I am a big fan of the author’s genealogical mystery series and so I was really excited to read the first Thomas Ridpath book. I liked how Ridpath had a slightly different role to the main protagonists in most other police procedurals as it gave an insight into another aspect of the justice system. By having him as a detective on a three-month secondment, we get to see him in the infancy of his role, meaning that we get to learn alongside him.

Where the Truth Lies has a great plot which makes you ask many questions as you read. Was the original murder case handled correctly by the police and did they put an innocent man in prison? Are the latest set of killings by the same hand as the original deaths or is there a copycat killer? Just what has happened to the missing body? The questions came thick and fast but were all answered by the end of the book.

The story is told mainly from the perspective of Ridpath, an extremely likeable character, although we do get to hear from the perpetrator too. I can’t say too much without giving anything away, but the culprit is not your run-of-the-mill serial killer and the author provides us with a twist on the normal sort of murderer in books of the same genre.

I really enjoyed Where the Truth Lies and think that this could be the start of a brilliant new series. If you are a fan of police procedurals or enjoy a good serial killer story then this is definitely for you!

With thanks to Net Galley and Canelo and to Ellie Pilcher for organising the blog tour. 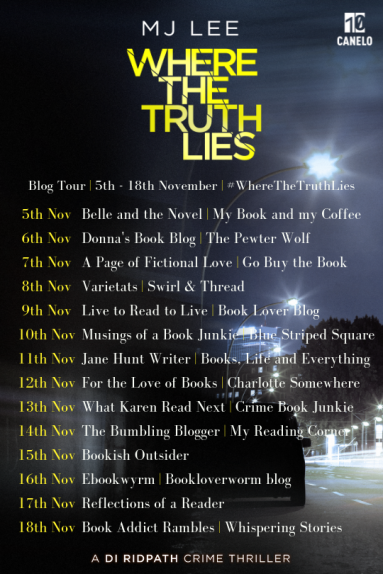