Well, July was the month where I completed my Goodreads challenge – I obviously set my target way too low!

Frost At Midnight by James Henry

Detective Jack Frost returns in another prequel to the R. D. Wingfield series that inspired the TV show starring David Jason. A gripping and entertaining read that sees Frost investigating the murder of a woman found dead in a churchyard.

The Stolen Girls by Patricia Gibney

The follow-up to the brilliant The Missing Ones sees Detective Lottie Parker investigating an incredibly harrowing crime involving human trafficking, prostitution and organ harvesting. This is a must read!

When Libby and her husband undertake a short term house swap, strange things begin to happen. Is it paranoia or is someone watching her, trying to make her relive the disappearance of her friend nine years ago? This is a very clever book with a genuine twist.

Receiving a Facebook friend request from a long-lost pal should be a happy occurrence but not if the friend has been dead for over twenty years. Who is behind the cruel mind games and how many lives are in danger?

Historian and TV presenter explores the British fascination with murder, whether it be true crime such as the Ratcliffe Highway murders or the Golden Age of detective fiction. A must-read for anyone interested in the history of British crime.

The Girl From Ballymor by Kathleen McGurl

Another dual time frame book from Kathleen McGurl, telling the story of a woman researching her artist ancestor coupled with an an account of the nineteenth century potato famine. This was one of the books I have been looking forward to reading and it didn’t disappoint. Review to follow nearer to publication day (7th September 2017).

When a girl’s best friend is found hanging from a tree, she knows right away that this is a case of murder. With the police refusing to investigate, stating that it is a case of suicide, North Stone has no other option but to try to prove it herself. A fast paced tale of a woman who refuses to give up. Review will be published on August 25th as part of the book’s blog tour.

The Room by the Lake by Emma Dibdin

After a traumatic childhood, Caitlyn travels to New York where she meets the handsome and charismatic Jake. Soon, he is taking her to meet his family in a house in the woods, in the middle of nowhere, but all is most definitely not what it seems. A great psychological debut. Review will be published on August 21st as part of the book’s blog tour. 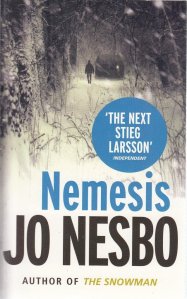 How do you catch a killer when you’re the number one suspect?

A man is caught on CCTV, shooting dead a cashier at a bank. Detective Harry Hole begins his investigation, but after dinner with an old flame wakes up with no memory of the past 12 hours. Then the girl is found dead in mysterious circumstances and he beings to receive threatening emails: is someone trying to frame him for her death?

As Harry fights to clear his name, the bank robberies continue with unparalleled savagery… 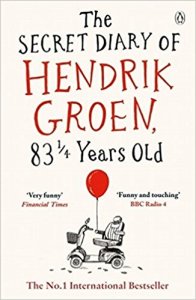 Meet Hendrik Groen. An octogenarian in a care home who has no intention of doing what he’s told, or dying quietly. To that end, he creates the Old-But-Not-Dead Club and with his fellow members sets about living his final years with careless abandon. Such anarchism infuriates the care home director but pleases Eefje, the woman who makes Hendrik’s frail heart palpitate. If it’s never too late to have fun, then can it ever be too late to meet the love of your life? 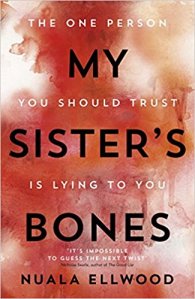 If you can’t trust your sister, then who can you trust?

Kate Rafter has spent her life running from her past. But when her mother dies, she’s forced to return to Herne Bay – a place her sister Sally never left.

But something isn’t right in the old family home. On her first night Kate is woken by terrifying screams. And then she sees a shadowy figure in the garden…

Who is crying for help?
What does it have to do with Kate’s past?
And why does no one – not even her sister – believe her?

I currently only have one book on my Net Galley bookshelf so think it’s time to get looking!